what remains gallery is perceived as a constantly evolving process and thus focuses on insight from questions such as, »How do the canons of western art history influence memory?« and »What is the impact of an artist’s symbolic interaction on his audience?«

After exhibiting a perceptive pattern and camouflaging the idea of Gesamtkunstwerk at Galerie Foe 156 during July 2016, the what remains gallery displays Tobias Rehberger mobile at Kunstraum München in August 2016. The question naturally arises: »How will memory and perception be influenced by relocating and disrupting an existent complex art expression as it is introduced promptly to another institution?«

In doing so what remains gallery will develop an iteration and dynamic display of the previous show within the particular space of the Kunstraum München to foreshadow the shifting functions of past reflective memories as they are projected towards the future. Being aware of an invariant timeline, this residence at Kunstraum will be used to evaluate and reflect memory as the key of aesthetic and ethical self-reflection in contemporary art-production. We welcome you to this artist dialogue. 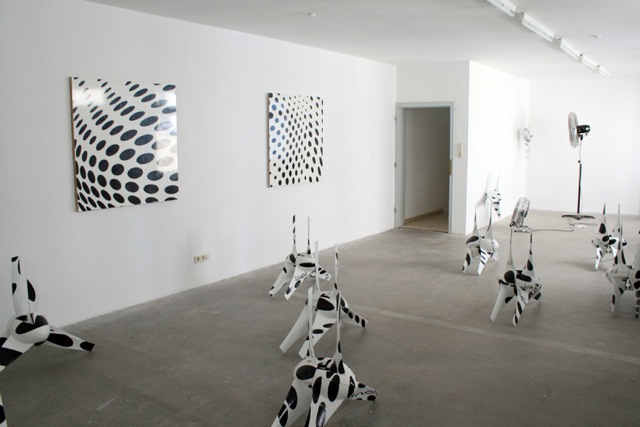